General Dentistry is the award-winning, peer-reviewed journal of the Academy of General Dentistry. Published bimonthly, General Dentistry features clinical articles spanning the breadth of topics relevant to general dentists, including unique diagnostic case reports, novel solutions to common treatment dilemmas, evidence-based best practices, and the science to help you choose the best materials, technology and procedures for your patients and your practice.

Expand All Collapse All
Self-Instruction
AGD’s Self-Instruction program is broadening to include exercises based on AGD Impact articles. These exercises are designed to easily fit into your busy learning schedule. Each AGD Impact exercise contains 10 questions and is worth one CE credit. Choose a learning experience that works best for you, and tailor your learning experience to fit your unique needs. AGD Impact Self-Instruction exercises will provide education on subjects rarely offered in the past. Because AGD Impact aims to keep readers up to date on the latest developments in the world of dentistry, exercises will cover topics from practice management to substance abuse. Check out the latest learning opportunities.
Information on Reprints
Article reprints and electronic reprints (ePrints) are a powerful way to present general dentists with information about your products and services. AGD reprints and ePrints are produced at the highest quality, with options for customization (such as adding the General Dentistry cover, disclaimer text, and company logos). To purchase article reprints and ePrints or to request a quote, contact Sheridan Content Solutions at scsreprints@sheridan.com. 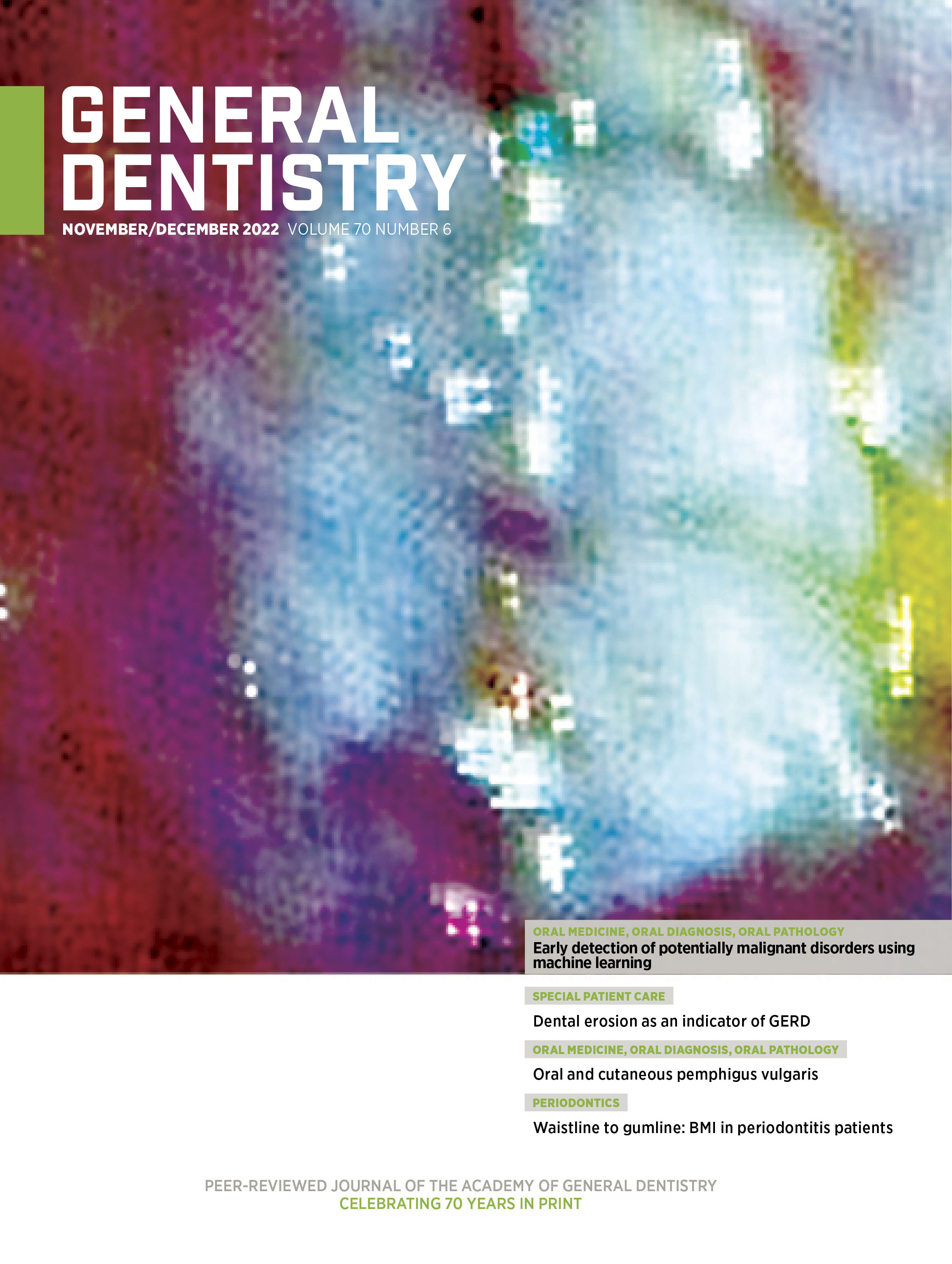 General Dentistry welcomes the submission of original clinical manuscripts through its ScholarOne portal. If you are new to the system, you may create a free account at any time by visiting: https://mc04.manuscriptcentral.com/gendent.

General Dentistry is peer reviewed; the review process may take up to 4 months. To ensure that your manuscript moves through the review process as quickly as possible, please follow the steps detailed on our Information for Authors page.

The following downloadable forms are commonly used during manuscript submission. Please only submit the forms you need.

Submit your manuscript via ScholarOne.

Questions? Email us at generaldentistry@agd.org.

Meet our advisory board

Do you have questions about submitting an article or comments about something you’ve read in General Dentistry? Contact us at generaldentistry@agd.org.