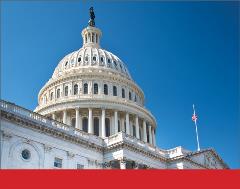 AGD strongly supports H.R. 1550, the PREVENT HPV Cancers Act, and its provisions to promote public awareness of human papillomavirus (HPV) vaccines, which can prevent HPV and cancers associated with HPV. This bipartisan legislation would increase funding at the National Cancer Institute to focus research on HPV-associated cancers.

The AGD supports this legislation because general dentists are the first line of defense against oral cancer. The disease can be detected in its early stages during routine dental visits. Dentists play a major role increasing the oral cancer survival rate. In 2021, an estimated 54,000 new oral cancer cases in the United States are expected to be diagnosed. General dentists can help to improve the survival rate if patients are willing to be screened by their dentists. It begins with public education and awareness campaigns, which this new legislation, when passed, will provide the resources to enhance.

The philanthropic arm of the AGD is the AGD Foundation, and its primary focus is oral cancer awareness, risk factor prevention and diagnostic training for general dentists. The organization aims to improve the oral health of the public and support the efforts of the general dentist and AGD.

Help strengthen the profession’s role and AGD’s contribution in the fight against oral cancer. Make an impact by getting involved and donating to the AGD Foundation today.