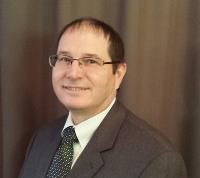 Dr. Gordon received his DDS from Indiana University School of Dentistry in 1989 and has been practicing general dentistry in Schererville, Indiana, for 27 years. He joined AGD in his senior year of dental school, and earned his Fellowship and Mastership in 1995 and 2002, respectively. Dr. Gordon became active in AGD leadership after the Indiana AGD continuing education (CE) chair asked him to attend a board meeting in 2002. In addition to helping set up CE courses, he has held several leadership positions within the Indiana AGD, including treasurer, membership chair, vice president and president. He is currently serving in his third year as Regional Director for Region 7, which is comprised of Indiana and Ohio. In addition to his AGD membership, he is also an active member of the Indiana Dental Association, where he serves on the Council on Peer Review for the Northwest Indiana Dental Society. He and his wife, Pinki, have been married for over 25 years and have two sons—one a sophomore in college and one a senior in high school. In his spare time, Dr. Gordon enjoys scuba diving and earning more CE. He is also an active member of his church. Dr. Gordon’s goal and motivation are to give back to the dental profession, especially general dentistry, and leave the future of dentistry in a better position than when he started.

His advice to members is, “For those of you who are interested in becoming more involved, I encourage you to go for it. The more motivated dentists who are involved, the more progress we can make as a profession.”