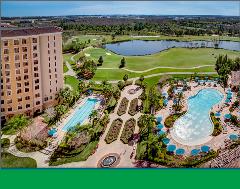 AGD2022 will be held in Orlando, Florida, July 27–30. Orlando is known as the “Theme Park Capital of the World” and is home to Walt Disney World® Resort, Universal Orlando Resort, SeaWorld® Orlando and LEGOLAND® Florida Resort. What you might not know is that Orlando also has a sensational dining scene with numerous celebrity chefs, including José Andrés, Masaharu Morimoto, Guy Fieri, Rick Bayless and many more. Also, over the past decade, the craft beer scene has exploded, and the area is now home to dozens of acclaimed microbreweries, with new ones opening frequently. Not into beer? Orlando is also home to full-fledged wineries and one-of-a-kind wine bars.