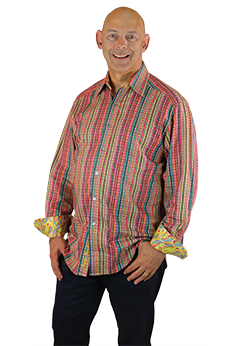 Keith Johnstone moved from London to Calgary in the 1970s, and, working with theater students at the University of Calgary and StoryBook Theatre Society, he created the Loose Moose Theatre Company. Johnstone came up with the idea of using improvisation and comedy as a form of working-class theater to compete with wrestling. He created a way of making improvisation comedy into a competition where the actors competed for points and let the best person win. They called it Theatresports, and it rose in popularity with hilarious results. A popular example of Theatresports today would be the TV show “Whose Line Is It Anyway?” A version of Theatresports is happening in over 80 countries worldwide.

In an effort to keep the improv comedy wheel turning, the Loose Moose Theatre Company created the High School Theatresports Improv Comedy Championships, which has occurred in early March for the past 27 years. I witnessed the finals of this competition eight years ago, and these high school students were truly funny.

As an occasional comedian, I embraced this idea and stepped forward with some funding. My stipulation was that I got to name the previously unnamed trophy handed out to the winning high school team. Loose Moose agreed, and, for many years now, these groups of young people have vied for the Stanleigh Cup.

During the period of my yearly sponsorship, the High School TheatreSports Improv Comedy Championship has expanded from six high schools to 14 this year, and more have indicated they will participate next year. More kids will learn these skills, and I think it’s great. The ability to think quickly, defuse a situation with humor and tackle a challenging situation quickly, innovatively and lightheartedly are valuable life skills. 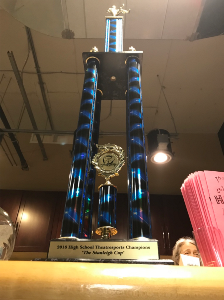 I have supported this for years because I believe in it. But I also learned, years ago, that if you help more people achieve what they want, you will receive more of what you want as well. My sponsorship has resulted in a small but steady influx of new patients every year. For every dollar I spend sponsoring this competition, I receive about $10 in new patient spending in my practice. It’s not why I started doing this, but it is an unintended positive outcome. I could not be happier.

My fun goal is to make the Stanleigh Cup as coveted as that other one with a similar name. What do you think?

As for the life skills these kids learn, I too will embark on improv comedy training soon so I can better my skills. It’s just another excuse to get me out and laughing more.