The Nebraska Academy of General Dentistry hosted its annual meeting and Mastertrack Weekend on June 1-3 in Lincoln.

This year’s meeting featured Marc Geissberger, DDS, and Foroud Hakim, DDS, who spoke on “Adhesive Dentistry – Maximizing the Placement of Anterior and Posterior Composites.” Attendees also had a chance to visit a record number of exhibitors this year. Attendees who visited all the exhibits were eligible to win prizes, including a Kindle Fire. A networking lunch hour also offered time for attendees to engage and network with fellow AGD members and non-members alike.

On Friday, NAGD honored outgoing President Tom St. Germain, DDS, FAGD, and presented him with a gift. In addition to the one-day annual meeting, NAGD offered an additional two-day hands-on workshop as part of its Mastertrack. The workshop focused on techniques for anterior and posterior composites as well as material selection for indirect restorations including cementation.

One attendee commented: “The weekend was interesting and moved very quickly. If anybody ever has a chance to see these speakers, do not hesitate. Their humor alone was worth it, but their practice philosophy and technique guidance were extraordinary.”

The weekend would not have been possible without the time, equipment and supplies generously donated by Kerr, Ultradent, GC America NSK and Zyris. NAGD thanks these companies for their sponsorship. 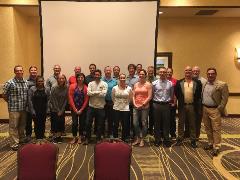 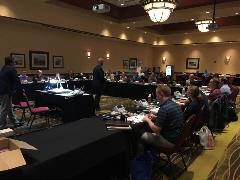