A Letter From Dr. Bill Lee

It was a great surprise and honor to learn that AGD Region 1 is establishing two Recognition Awards in Dr. June Warren Lee’s name. Although June passed more than 10 years ago, we continue to be amazed that so many people in the Region as well as at the National level of AGD still remember her. For those who knew her, they will remember a small, dynamic woman who volunteered tirelessly for many dental organizations. AGD was one of the groups she enjoyed the most and was where she made many lifelong friendships. 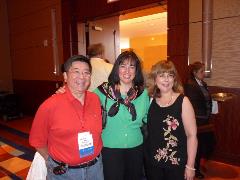 June came from a working-class background and was the first to go to college in her family. She graduated from Georgetown University School of Dentistry in 1977, at a time when very few women attended dental school in the U.S. There were also very few women in organized dentistry during that time. At local dental meetings, she was often the only woman dentist in attendance.

As a young dentist, June was fortunate enough to meet a few women dentists who were members of the American Association of Women Dentists (AAWD). These women would become her trusted mentors, and they encouraged her to volunteer in organized dentistry at the local and state levels. At the time, the AGD was the only other organized dental group that was looking for women volunteers and giving them meaningful positions. With the encouragement and help of Drs. Nate Marcus and Bob Levine from CT, June was appointed to the DE Council of AGD, which motivated her participation at the National level. She and Dr. Maria Smith were among the earliest women dentists to be active at the National level of AGD. By this time, she was also serving on the Board of MA AGD, recruited by Dr. Flavio DiFalco.

June never forgot the help and encouragement she received in the early years of her career, and she volunteered for multiple organizations as her way of giving back to dentistry. She continued her participation in AAWD, eventually becoming President of the organization in 1991. She also served in various roles in the MA Dental Society, and with her major contribution as General Chair of Yankee Dental Congress in 2004. 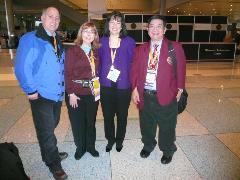 June was an active member of AGD during her whole career, holding all officer positions in MA AGD and serving on numerous committees and councils at the national level. However, the accomplishment she was most proud of was the establishment of the NE Mastertrack Program. Prior to its formation, Fellows of the AGD had a difficult time finding courses in the region to attain the required participation credits for their Mastership. In 1990, June and other volunteers from the region organized and started the Mastertrack Program so that AGD fellows would have a structured path to attain the 400 hours of credit needed for Mastership in AGD. We know she would be proud and humbled today to see that this program is ongoing and continues to help Region 1 dentists.

June would be deeply honored to learn that AGD is establishing awards given in her name. We hope that these awards will inspire dental students and dentists to give back to organized dentistry by volunteering for AGD at the local as well as national levels the way that June did during her whole career. June was committed to a lifetime of learning both for herself and for her patients, and we know she would be proud to have inspired a new generation of dentists. 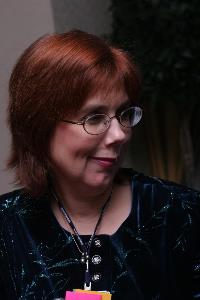